Fellow Democrats,
Larry Walsh was one of a kind.

Larry was a farmer who lived in service to our county, our state, and our unwavering Democratic values. Though he rose to the highest office in Will County, that of County Executive, he always remained a regular guy with a twinkle in his eye, ready for a beer and a laugh.

He spent the first two decades of his political career at the most local of levels, starting as a local school board member at age 21 and later becoming township supervisor. In April 1997, he became a state senator, where he was, quite famously, a seatmate with Illinois’ own president, Barack Obama, also a first-term state senator at the time, and the two regularly attended Wednesday night poker games together.

Larry was the longest-serving County Executive in Will County history. He beat a Republican incumbent in 2004 to become our County Executive in what was considered a stunning upset, and moved quickly to improve the county’s finances, improve county roads and bridges, and build new, state-of-the-art county facilities we can all be proud of.

But from reading the many memories that have been shared since his passing, his greatest accomplishment was his focus on people. He loved helping people. And he never forgot that the job of the public servant is to help everyday people – every day. He was a friend, a mentor, an ally.

Will County will never have another like Larry Walsh. We will all miss him. I will miss him – a former Will County Democratic Party chair himself, Larry was a voice of support and hard-earned wisdom at all times. And he was a lot of fun.

Our hearts go out to his wife of 50 years, Irene, and to Larry Jr., Frank, Matthew, Brian, Shawn, Sarah, and the whole Walsh clan, which includes 20 grandchildren.

In Larry’s name, let us all raise a proverbial glass and recommit ourselves to helping each other through trying times. 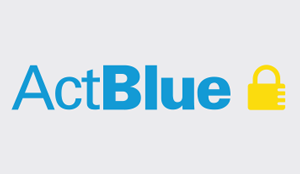